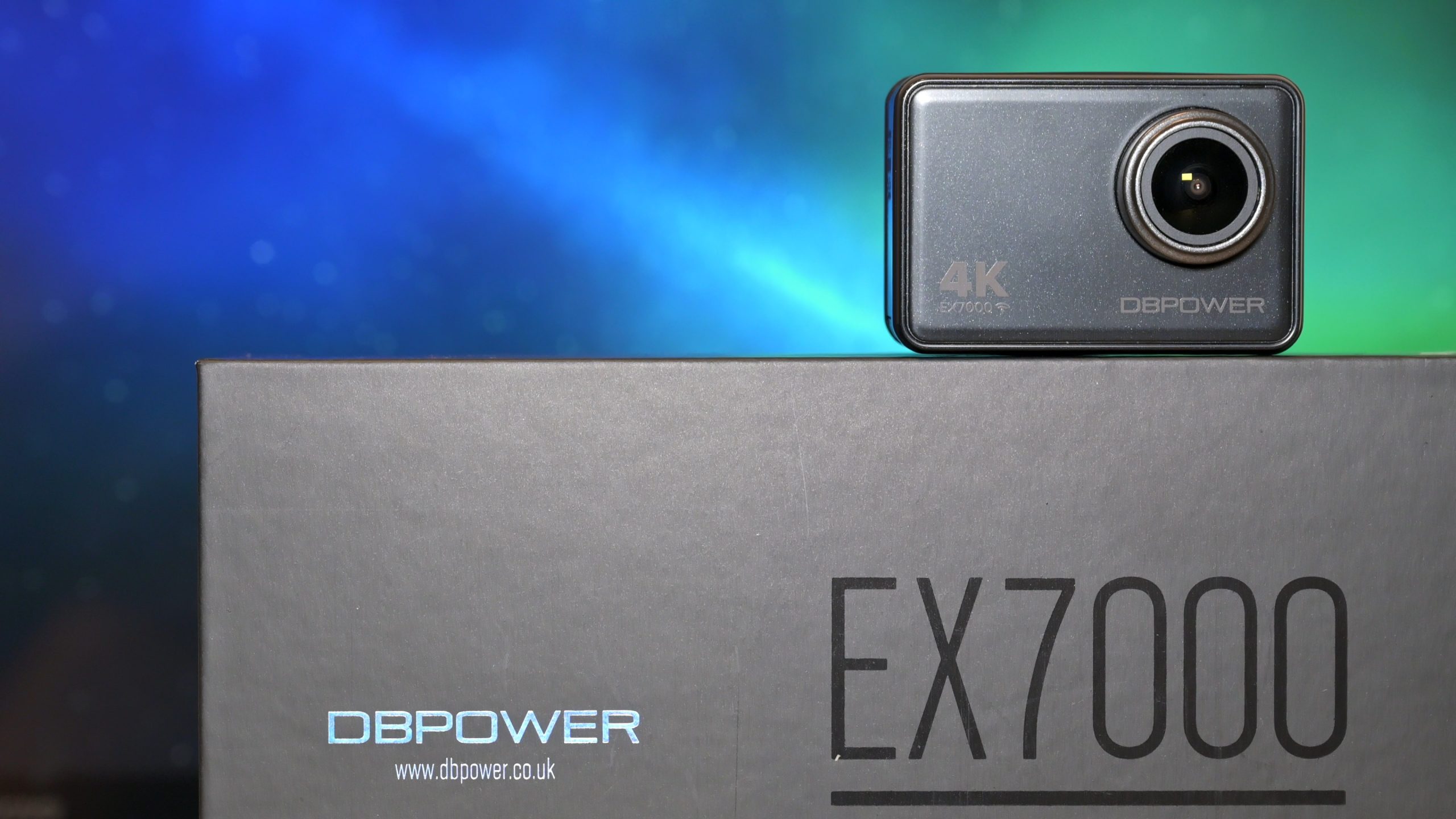 The DBPower EX7000 is an ultra-budget action cam based on the iCatch SPAC6350 processor and a 14MP Panasonic sensor. This is an interesting combination that could have resulted in potentially better performance than other generic 6350-based cameras, however the overall results are rather disappointing. Fake 4K, 1080p60 frame dropping and quality control concerns mar what could be a decent budget camera. Only get this one if you plan on shooting at 1080p30, or if you plan to mostly shoot still photos.

Since we do not recommend buying this camera under most circumstances, this review will be kept brief. There are a few things the camera is decent at, notably:

If those three things are your primary use for an action camera then the DBPower EX7000 will likely suit you just fine. However if you expect high quality real 4K, true 1080p60, decent electronic image stabilization then we highly recommend looking elsewhere.

Build quality wise the EX7000 feels way nicer than it should for the price. It is solid, none of that hollow feeling that many other budget cams have. The battery door slides smoothly and the buttons feel nice to press. As with most budget action cams, it is not waterproof without using the external case. This camera uses an antiquated mini-USB cable for charging. Better pick up some usb-c to mini USB adapters so you do not have to carry a wad of extra cables just to charge the camera.

The UI is where we run into a quirk: it is rather confusing to navigate. It starts with little pop out menus on the sides or bottom of the camera, which are fine for things like mode switching or turning wifi on/off, but in order to access settings you need to pop out this right menu, tap settings, and then you are presented with a sub menus that look so similar from the top menu it is difficult to know whether you are in settings or mode switch. There is also no smooth scrolling in lists. One page at a time can be scrolled by flicking. When you want to back out of the menu just tap this top arrow but then there is no way to go further back without using the physical buttons. I guess you can get used to it, but it is definitely not super intuitive.

As previously stated, the highest real resolution with any sort of consistency is 1080p 30. In 1080p 30 and 60, there is electronic image stabilization which we would rate a 2 / 10 for effectiveness. Having it on makes the 1080p60 consistently stutter, with frames occasionally doubling or being skipped. Turning the camera to 1080p50 does not fix that issue.

Sharpness is OK for a 1080p camera. There is a moderate amount of detail during the day, although nothing mind-blowing, and relatively OK night video in 1080p30. Compare the above to see the difference in sharpness between a Novatek camera and the EX7000.

Video colour processing is quite warm compared to other cameras. Even in “neutral” filter mode, this gives video a noticeably yellowish hue in many lighting conditions that can turn a bright sunny day into something dull and hazy. Best colour results will require post production.

Audio quality is also decidedly average with sound being relatively muffled. At least there is a setting in the menu to change the mic volume.

Despite the warm colour processing, still photos are where this camera exceeds expectation. With a true 14MP sensor, it can take photos with a surprising amount of detail. All photos, of course, have the typical action camera tons-of-distortion. But if you take photos of subjects that take advantage of the ultra-wide lens, such as trees or cars or anything where lines can curve and stretch and be exaggerated, then the results are quite good.

Unless you are looking for the cheapest camera ever and only care about using it in 1080p30, then this camera should probably be avoided.