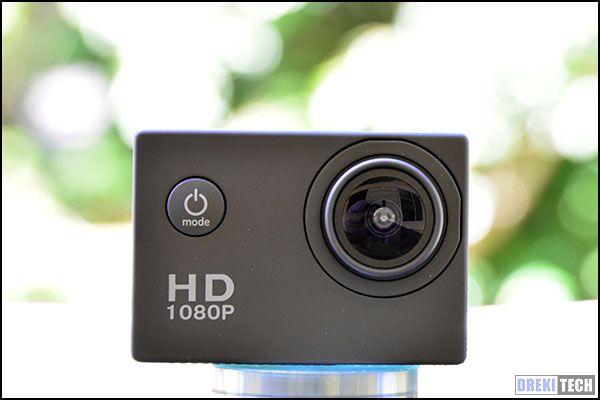 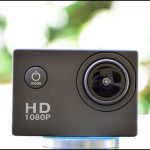 Summary:  For those interested in a basic 1080p 30 FPS action camera without too many bells and whistles, the F23 action cam takes decent video and has an acceptable build quality. Its best uses would be as a cheap bike DVR for road riders or for someone who will occasionally use their camera and does not want to throw down a lot of cash. While it’s limited by its hardware, it has set my personal standard for video quality in a sub-$60 camera.

Dreki here, and today I’m reviewing the F23 action cam. I’ve been eyeing up this camera for quite some time because it’s about $35 and has near identical hardware to a very well respected camera, the SJ4000. As you may know, I’ve been trying to get my hands on one of these for some time and ended up with two knockoffs, but the one from Gearbest finally arrived and it’s safe to say I’m glad I waited. If all you need is a 1080p30 camera, I see no reason to spend more unless you are concerned about quality control with cheap unbranded products.

In terms of build quality, this camera is pretty standard. The 1.5 inch screen looks tiny by comparsion to the other cameras I’ve reviewed recently, but it is visible enough in daylight. The buttons have a solid click to them and the body is constructed without gaps. I notice that the waterproof case is a little bit tigheter than other cameras too. From the exterior it looks identical to the original unbranded SJ4000s, but the insides are not the same. I’ll talk about my experience updating the firmware after some video samples.

Video quality from this camera is exactly what I expected. It is tack sharp, with lots of detail and good color balance. Initially I thought I would be giving this camera away after reviewing it, but I think I’m going to keep it as a simple bike DVR for when I’m road riding. I’ve been spoiled reviewing 60 frames per second cameras recently, so the video to me doesn’t seem as smooth, and I do notice a little bit of jitter transitioning between different lighting scenes.

Night video is where the camera starts to struggle a little bit. I notice that frames blur together and become soft. It’s not unusable until it’s very dark out, but keep in mi nd that this camera will not be particularly good at night.

In terms of audio quality, no complaints here. I expected to hear nothing, but even though the audio is ‘fuzzy’, I can still clearly understand myself while the camera is inside of the waterproof case and that is more than most other cams I’ve tested can say. This is what it sounds like:

Still images on this camera are alright, considering how low resolution they are. Remember that these cameras are primarily meant for video, so the sensor is only 3MP. Less pixels usually means better night video. In a pinch they’ll work, but well, don’t expect to show them on much more than a computer screen or small print.

In terms of other random glitches, I notice that the camera will randomly reset the date. It defaults to 2034, which is kinda strange… Otherwise I had no other issues with it. Firmware wise, don’t try and install the SJ4000 firmware on this camera. I tried and the camera didn’t work. Something inside of it is different. If you did decide to experiment, I left a link to the original firmware provided by gearbest on my site, check the description below.

Overall, this camera would work well for someone who needs a simple, straightforward bike DVR without anything too fancy, or someone who wants an action cam, but expects to use it occasionally and doesn’t want to throw down the cash for something more expensive. This camera sets the standard for sub $50 action cams, and edges out many other more expensive cameras in terms of video sharpness. At $35, it costs less than filling up my car, and I do that every 2 weeks!