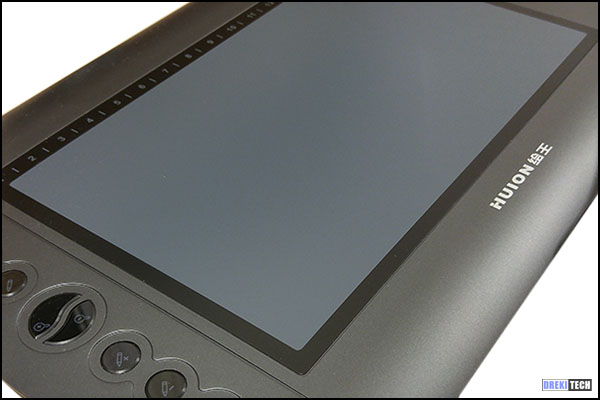 Conclusion:  I’ve drawn with a half dozen graphics tablets and I can say the Huion H610 is among the better I’ve used. The pen pressure works great, with decent weight variation. The tablet has a modestly rough texture to it, not exactly like drawing on paper but not smooth either. It reminds me of drawing on my old Wacom Intuos 2 in terms of handling – and that’s a good thing. The only parts that were difficult was the driver install. To get pen pressure working in Photoshop I needed to uninstall all the tablet drivers already on my computer. As well, my copy of this tablet isn’t entirely flat and if placed on a table it wobbles. That being said, I tend to hold my tablet in my hands, so for me this isn’t a big deal, but for those who draw on a flat table it might be a concern. Overall, 4/5 because it feels great to draw on, but doesn’t sit exactly flat.