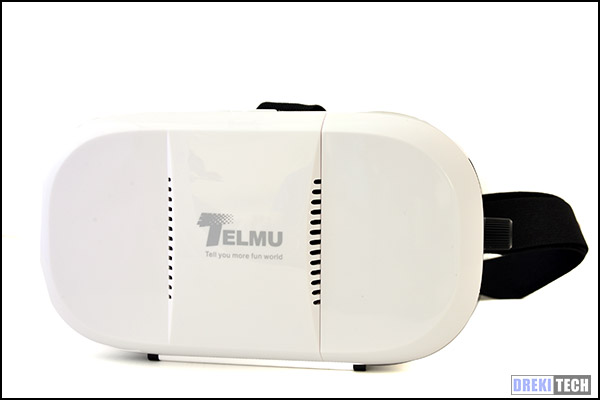 Conclusion:  VR is still in its infancy and there are a lot of kinks that need to be worked out. I was all excited to receive a VR headset, but alas… On the surface, the Telmu VR headset is a nice offering, with a substantially better build quality than Google Cardboard (cause it’s made of plastic, who’d’a thought?), but that’s where the good things end. This headset is significantly heavier than cardboard and borders on downright uncomfortable on my face. The nose isn’t padded and the plastic presses into the bridge of my nose, leaving me with a headache. I couldn’t imagine wearing it for more than half hour at a time, as the padding gets hot and sweaty. Since there is no ‘button’ built in, it isn’t possible to use the Google Cardboard app without pairing additional devices. And sadly I could not get it to properly focus with my vision (which is considered normal). To get close to focused I needed to have everything extended as far as possible, but even then it was still blurry. What I could see, while holding the VR googles off of my face was generally clear, with little distortion or colour issues. You may have better luck with it than I did, but I don’t believe this headset is an ideal fit for everyone – at least until Telmu works out some of the kinks.