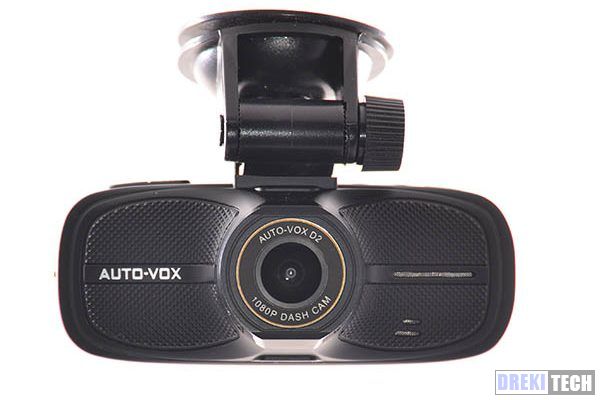 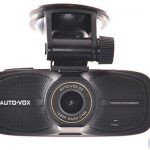 The AutoVox D2 is a cheap dash cam built with low quality internal components. The result is a device that has poor video quality and low reliability. I reccommend looking at the A118-C (link above) as it is known for higher quality video and better reliability.

Design and Build Quality: The fact that this camera is made with low end internal components is disappointing, given that its exterior is actually nicely made. It’s matte black and easily hides behind my rear view mirror. It is made of solid plastic and all the buttons have a nice click to them. The screen is big and bright and dominates the rear of the camera. The included mount is the basic slide on suction cup type so it does not stay in place very well or offer any sort of adjustment.

Video Quality (Day): I had high hopes for this camera, given that its body style is like a nicer G1W, but unfortunately the video quality does not meet expectations. The video from this camera is grainy and blurry. Despite being advertised as full HD, this camera only makes 720p video, and due to its AVI codec important things like license plates are unreadable. The camera has a tendancy to double frames and skip some. At first glance it may be hard to tell just how bad it is, so here is a side-by-side comparison with a G1W. The difference in sharpness becomes immediately apparent.

I decided to open up this camera and see what chipset is used inside, and it turns out it is a GeneralPlus chip. GeneralPlus makes low end chips that are cheap and poor quality, used in the cheapest cameras, the type of cameras that cost less than $15. These chips are known to fail prematurely without warning. The camera will appear like it is operating and recording but nothing will save to the SD card. Since this camera films in an AVI format instead of MOV, the files it writes are large and low quality. Large files mean excessive amounts of data being written to the memory card which can lead to early failure as well.

Video Quality (Night): In limited light, video quality is even worse. This camera tries to compensate for low light by reducing the number of frames it records, but it does so in such a way that the appears to change speed when transitioning between bright and dark areas. The camera is so quick to jump and stutter that every street light I pass under causes it to skip and lag. Combining this with the low resolution means your important moments will be lost and unusable if you buy this camera.

It frustrates me that this camera is currently one of the top results for “dash cam” on Amazon. Many of the reviews on it are obviously fake and buyers are going to get tricked into purchasing a low end product that will fail when they need it most. I personally recommend buying a Viofo A118-C instead, as it is costs only a little bit more and is known for higher reliability.