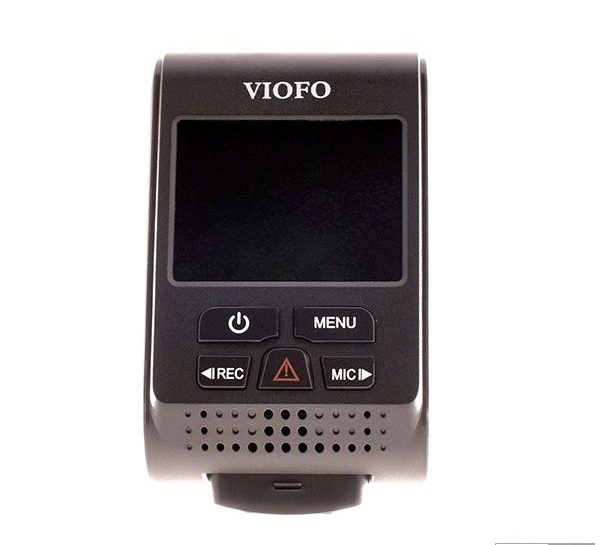 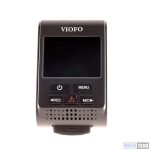 The A119 is a wedge shaped cam, enclosed in plastic. It feels a little thin and cheap, but no worse than can be expected for the price. The camera is attached to the car by a VHB tape mount and the lens turns and rotates so that it points in the direction you want. I’m extremely fond of this design because once it’s set up behind the rear-view mirror it’s almost invisible.

The camera records automatically with power and beeps loudly if it is not recording. There’s two parking modes- motion detection, which can be left always on, and time-lapse which needs to be manually initiated through the menus. The menus are typical of a Novatek camera, but are a little bit slow to respond. I’ll be honest – it’s not the best menu layout ever, but the good thing is that once the camera is set up it doesn’t really need to be touched until you want to get the footage.

Daytime video is excellent. 1440p is tack sharp, super wide angle and has a ton of distortion. But you can see almost everything! The colour and exposure is decent, if a bit on the cold side. Compared to other cameras that run at 1440p, video tends to be as sharp, if not sharper. I’m going to nitpick here, because I am a pixel peeper. One of the things I noticed is that the center of the frame is tack sharp, but the sharpness does fall off a little to the edges. As I said, I’m being extremely picky, as it is no worse than most other cameras. Make sure you get a fast memory card for this camera, as its video bitrate can go up to 28,000 KBPS.

Night video is pretty good, average to above average for a camera with this sensor. The suggestion I’m going to make to Viofo, if you’re watching this, is pull down your contrast a little bit at night. I’d rather have the video be a bit greyish in terms of colour and able to see more in the shadows then having the rich blacks I currently see with this camera. That’s the biggest issue at night really: the contrast is just a little bit too high. In the city, lit by streetlight, it’s great. Everything is vibrant and colourful and clear. But in the country at night on roads only illuminated by headlight it definitely feels like the camera could see more than it is with some firmware tweaks.

Audio from this camera is clear even when driving. It tends to be a little on the quieter side, which means less road noise, but it heard everything I said when I was talking at a normal volume. It’s not a camera for vlogging on the road, but it does the job.

The Viofo has a few other features too that are little more than gimmicks. There is a lane departure warning and a front collision warning. Both lower the quality of the video and generate a lot of false positives. They’re best left off. Also, I’m super happy that it comes with a long USB cable instead of everything built in, but the included car adapter is poor quality and unreliable in cold weather. It worked fine on a normal day but was struggling to output the amount of power the camera required in freezing weather. If you don’t have another one around at home, I suggest getting an adapter from Aukey because it sits totally flush to your 12V port and outputs a consistent amount of energy. Here is a link.

So after you’ve heard me nitpick about this camera, you’re probably wondering why I gave it such a high rating. Well, all the issues I mentioned are tiny in the great scheme of how well this camera works. Being based on a capacitor it is more reliable in extreme weather than most battery cameras. At $100, this camera outperforms every other camera I’ve used in its price range, and even some cameras that are far more expensive. Viofo has a good track record of making quality devices that last a long time. That means this camera has a lot of value. It would be silly to spend more money for only a marginal increase in performance.