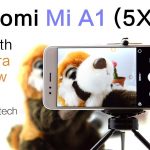 A little while ago I made a review of the Xiaomi Mi A1 and I had a lot of good things to say about the phone as well as a couple fairly minor criticisms. I suggest watching that if you’re considering this phone. But one thing I didn’t go into detail about was the camera, and since that’s sort of my area of expertise I wanted to do an extended video on it. First of all, I want to say that this is a $200 smartphone so I don’t expect perfection; and in daylight the phone is a perfectly competent shooter with a wide dynamic range (detail in shadows and highlights), accurate color and straightforward user interface. But at night that story changes and if you, like many phone camera users, find yourself shooting the majority of your pictures indoors or in non-ideal lighting, you may want to consider something else. Many older flagship models, such as the LG V20, have far superior cameras to this phone and only cost a few dollars more.

Lets start the camera app itself. The camera app is actually one of my favorites that I’ve used to date because of its simplicity. The main interface has basic options only: flash, HDR, portrait blur mode and several filters. Under the options button, there are other choices and the advanced manual mode. If you prefer manual mode, there is no way to have the camera default to it, but it does have a full range of options including shutter speed down to 1/15 second (no long exposure), ISO, white balance and focus.

Tapping anywhere in the frame will lock focus and sliding up or down changes brightness, if you don’t like what the camera has determined for you.

Taking photos in normal mode is fast, with minimal shutter lag. Turning on HDR however introduces up to one second of lag as you can see when I wave my hand through the frame here. There is no automatic HDR mode so it’s up to you to turn it on for the situation.

To record video requires two presses, since the video mode is separate from photo. Click the video button, wait a moment for it to load then hit record to start. There are far fewer options and modes with video, and there is no way to take video with the secondary zoom lens.

Daylight is where this camera excells and the difference between this phones camera and other mid and high end smartphones is quite small. The vast majority of people will be very happy with how this phone shoots in the day. The A1 produces nice colours and it has a fairly broad dynamic range. Photos are vibrant, if occasionally on the blue side. By default there is a lot of contrast and photos are over sharpened. Thankfully there is an easy way to tweak both of these settings to your personal preference. If I were to generalize I would say that the vast majorit of photos I take with this phone turn out good, with only a few turning out excellent.

Anything other than broad daylight and this camera starts to fall apart fast. Unfortunately, due to the lack of optical stabilization, it is significantly harder to take clear, non-blurry photos with this camera than it is with other smartphones that have stabilization. This was one of those things that I did not think about until it was gone, and now that I am missing it, I really miss it. Photos start to get grainier as the light goes out, and indoors or night shots lack detail and look noisy – that is, when they’re clear. This was the first time in years I found myself taking multiple photos and praying one would turn out where I could read text on signs, or if I was taking photos of labels to send to friends it was guaranteed I would need to shoot two or three to get them clear enough to read. My LG G4, which was cheaper than this phone, has way better low light performance.

Surprisingly though, flash photos look really good so long as you’re within about 2 meters of your subject since that’s all the flash can illuminate reliably. The flash is more of a pinkish tone than other phones (which tend to be more white). In my opinion this results in natural skin tones, whereas the whitish LEDs of other phones I have tested next to this one end up a little bit green. As with most phones, the flash is positioned so close to the lens that there is a lot of red eye, and there is no way to easily remove it with the phones built in Google Photos app.

Daylight is the zoom lenses forte, seeing as it too does not have optical stabilization. Photos shot in broad daylight or overcast look decent, with good colour overall and minimal noise. I wonder why Xiaomi used a different sensor than the main camera, as the main camera has more detail and a better colour and noise profile overall but again I think that this is something the majorit of people won’t be concerned with as it does provide a little resolution bump over using digital zoom.

The only way to use the secondary camera in low light is in manual mode. If the A1 determines it is not bright enough out (as in, not broad daylight), it will default to using digital zoom instead of the secondary camera. I found myself often wondering if the photos in overcast looked poor because the camera was shooting with its secondary sensor that is not as good as the primary one, of if they looked poor because it was shooting with the primary sensor and using digital zoom instead. This can be rather frustrating – and it kind of defeats the purpose of having the secondary lens. Why not just have a single, better quality camera instead of two mid range sensors? I guess to be trendy? Nonetheless, if you force the camera to use the secondary lens in low light you will see why it tries to default to the wide lens with digital zoom: photos are very noisy and lack most detail.

Because the portrait mode uses the secondary camera, Xiaomi handily warns you that it may be too dark if you are indoors or it is night time. Portrait mode works decent in daylight, cutting out most background details although occasionally it does accidentally blur some hair. In anything other than daylight, since it uses the lower quality secondary sensor, it is subject to the same limitations mentioned above. That is to say, people look weirdly noisy while the background is artifically blurred and it makes for unappealing photos overall. But yeah, as long as there’s enough light, great!

In the day, the selfie camera takes competent photos. The focus is tweaked to fairly far away from the camera so to get the best photo I found I really had to stretch out my arm. Once I did that though, there was an adequate amount of detail on my face and the camera did a good job handling tough situations like bright backlighting.

Indoors it’s not too bad either as long as there’s a decent amount of light, and at night it’s not the worst selfie cam I’ve ever seen. Its primarily best for daylight shooting though.

Basic resolution tests show that this camera is capable of shooting real 4K at 30 FPS and real 1080p at 30 FPS. Slow motion has a lower frame rate. While video has a decent amount of detail, it tends to be extremely contrasty and overall darker than I would like. There’s no way to adjust the contrast of the video, like there is for the photos, so you’re stuck with what Xiaomi has decided is good for you. To be fair, it’s far from the worst smartphone video I’ve ever seen as it does offer true 4K. I just wish that there was an option to tweak the contrast like there is for photos as it feels like this camera is capable of doing way better than it currently is.

To show you what I mean, here is a still photo processed by the camera with no colour editing. And then here is a video in the same situation. The dark parts of the video are much darker and the bright parts are much brighter and the colour is different. If the video camera did what the photo camera did I would definitely be giving it more points.

The camera maintains a decent amount of detail in low light by lowering the shutter speed well beyond the required 1/30 of a second for video. This results in moving objects getting blurry and the video looking like it is skipping occasionally. But honestly it’s not that bad because there’s minimal noise and as long as you’re holding the camera dead still you can make out details.

Even though the cameras do not have Optical Stabilization, Mi could have included electronic stabilization but unfortunately that did not happen. It makes walking and talking with this camera quite difficult. Most of these tests I had the camera resting on an object or on a tripod or using a handheld stabilizer because I didn’t think you all would want to watch ten minutes of me shaking the camera. Again, this is something I didn’t realize I’d miss until it was gone. I thought it was a give-in for smartphone cameras.

The biggest issue, with video though, is the garbled background noise. I actually waited until the Android 8.0 update on this phone to see if they fixed the issue, but it is still there for me. Any sound processed by this camera seems to be subject to a strong noise reduction, which results in car noise sounding like someone is shaking a bucket of nuts and bolts. Watch the video to hear it for yourself.

There are two autofocus modes with video: continuous autofocus and tap to focus. I highly recommend leaving the camera on tap to focus as the CAF mode tends to be fairly sensitive and jump between focus points. The autofocus is not smooth.

The camera overall is competent in daylight but in mixed lighting results are much poorer. Unfortunately bad lighting is from my experience, 75% of what cell phone photos are taken in. So yeah, the Mi A1 is a competent phone with a decent camera for a mid-range device, but is it really worth your money? If you’re the kind of person who uses the camera a little and the rest of the phone features more, it is a compelling device, but for the avid photographer, look elsewhere.