English menus are now available on the Xiaomi Mijia 4K action camera, but there are no clear instructions on how to update. Since I don’t speak Chinese it was difficult to navigate the menus and find the right options, so I have written it out in a (hopefully) concise list.

I don’t expect a $30 cam to match a $100 camera for quality, but if they advertise 4K they should AT LEAST get something close, not … this … mess …

So many cams are based on the NT96660 processor, which results in fake 4K. The results are often less than stellar. The camera I used is the MGCool Explorer 1S (because it has pretty sharp video for Novatek). This is versus the ThiEYE T5e (real 4K). In order to get real 4K you need at least 8MP sensor, and many of these cams are advertised as 12, 14 or 16 but really have more like 4MP. This comparison shows a cam with a real 12 MP sensor. I’ll do another Novatek one with a 4MP cam later.

For most users, who want a dash cam in their daily driver, the adhesive mount is the way to go because it is very low profile, stands up to heat and is semi-permanent. The downside is that it is difficult to remove, if needed. The suction cup mount is good for a first dash cam or for one that will be used in multiple vehicles. Just keep in mind that if you have these little black dots it is hard to hide the camera behind the rear-view mirror. Rear view mirror cameras, I wouldn’t currently recommend getting but that may change in the future.

In most cases dual lens dash cams are a bit too expensive to be worthwhile because they do not offer the same video quality as single channel dash cams.

The Lightdow LD4K is a 1080p / 2.7K capable action cam (GoPro Clone) with a 2″ LCD screen, a 12MP Sony Sensor, and an included accessory kit. Enter to win! More giveaways are coming in January. Please follow us on social media (Youtube, Twitter, Facebook and Instagram) for more contest announcements.

For the second week of December I’m giving away a Boblov X6 action cam and accessories. This contest is open to USA and Canada (except where prohibited).

My recommendation, if you’re looking at an Allwinner camera, is to stay vigilant and read the specs very carefully so you don’t get ripped off. The V3 is bundled with one of two image sensors: an OV4689, which has the best image quality out of the box despite only being 4MP, or an IMX179 which is 8MP and generally has more mediocre image quality. The V3S on the other hand is being bundled with one of two sensors: a GC2023, which is 2MP, and not even high enough resolution for 1080p let alone 4K, or the OV2720 which is also 2MP but can do 1080p resolution. At the price point of these cameras, it’s worth spending the extra $10 – $20 to get something with far more capable specs instead of cheaping out. 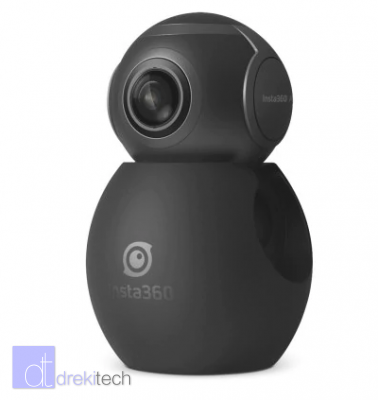 For the first week of December I’m giving away the Insta360 true panoramic camera for Android phones, courtesy of Gearbest.com. Since it’s coming from Gearbest, this giveaway is open to anyone in any country that they ship to, except if your location prohibits you from entering contests like this.

This is a list of coupons and tech deals I have found on Gearbest for 2017. I regularly update this list when I find new coupons and deals and delete old ones. If you notice anything that is out of date, please let me know! These items ship from overseas, so make sure you’re comfortable importing yourself and know our 7 tips for buying from overseas.