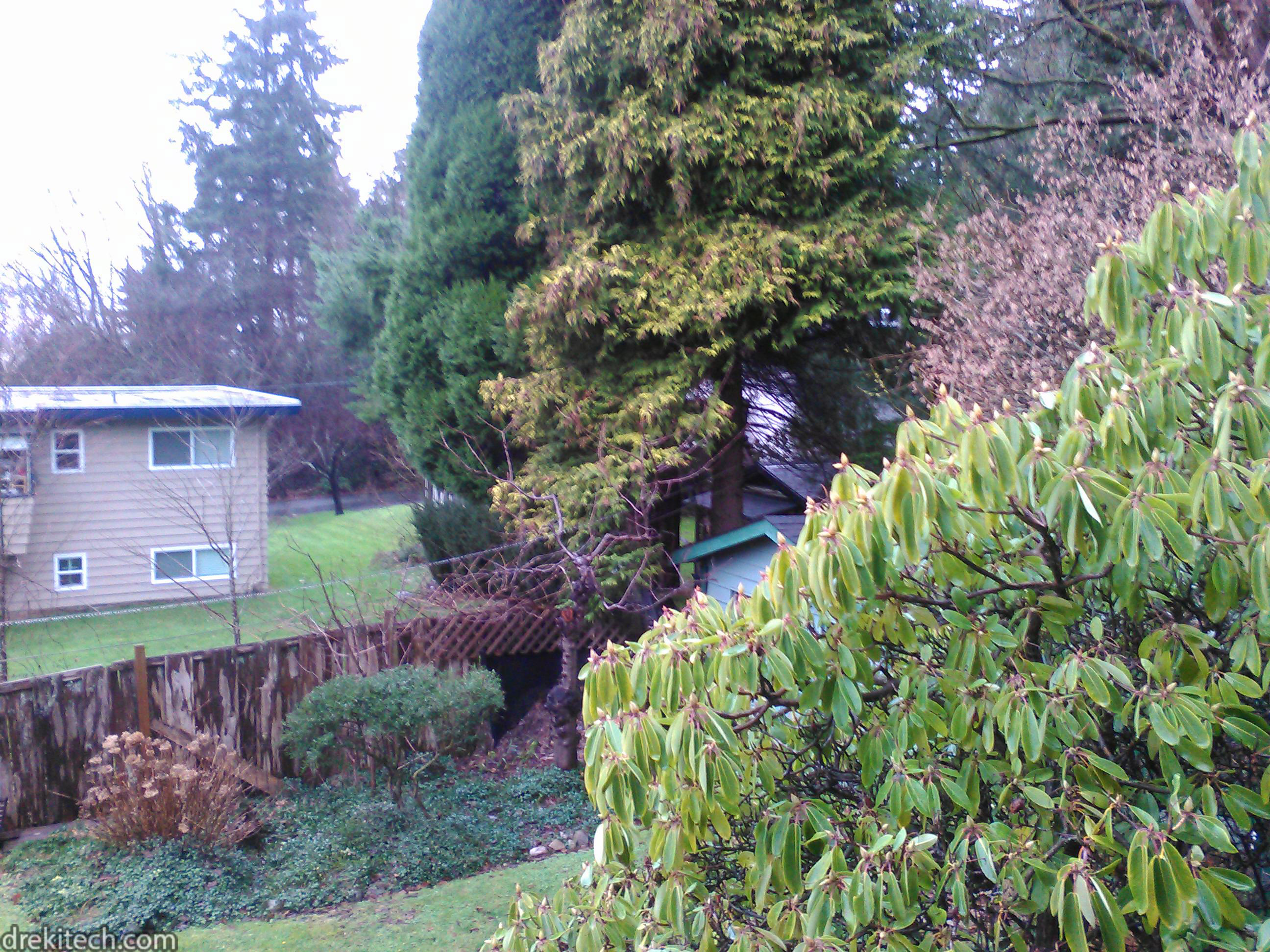 The Blu Win Jr has one of the worst cameras I’ve seen on a Smartphone made in the last 6 years. The front camera is somehow even worse than that. The camera requires the utmost care to get images that are acceptable and may not even be useful in an emergency.

5 Megapixels isn’t necessarily trash. The top-of-the-line HTC phone for the last two years had only 4 MP. It is possible to have a great low resolution camera, however unfortunately the Blu Win Jr only fits the ‘low resolution’ bill. It has one of the worst rear cameras I’ve seen on a recent smartphone.

The only things that are good about the rear camera is its color balance. It handles shadows/highlights surprisingly well when it has exposed the photo correctly. Otherwise the camera on this phone is basically a train wreck.

It is slow and blurs easily with shaking hands. In daylight there is significant noise and it basically flat out doesn’t work at night. The flash overexposes wildly and the camera doesn’t have enough sensitivity to capture night images without it.

Autofocus is terribly slow and inaccurate. The only way it was possible to get images that looked even half decent was using tap-to-focus and even then it was hit and miss.

Even compared to other 5.0 MP Blu cameras it is awful. This is one of the best photos I have taken with this camera and as you can see, it is hardly acceptable:

And the images only get worse indoors. The part that is even more frustrating is that these are the best photos out of all the images I took. I know that comparing it to the HTC One is like comparing Oranges to Bananas but regardless, it was the best indicator of quality.

The video on the rear camera is exactly what you’d expect. It’s a little wobbly and loses frames, but in good light you can at least tell what you’re filming as long as you’re not moving too fast. When you move the camera compression causes big squares everywhere. I wouldn’t quite call it 720p, but it is good enough for emergency use. Audio fares similar.

Don’t bother. There’s plenty of other smartphones available now that are the same price but have way better cameras and performance.