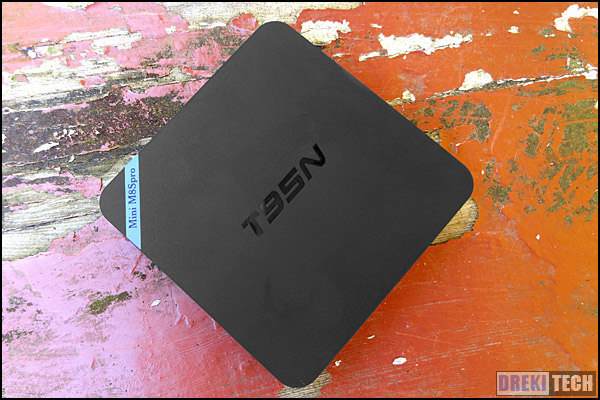 Conclusion:  I owned this TV box for about a month before reviewing it. For that month it worked fine, but it suddenly stopped functioning. It turns out that the soldering around the power port had failed, and the power port separated from the board. This is likely due to heat. For this reason, I could not recommend this TV box despite its great performance. The build quality is poor and it creates excessive heat, which makes me think that it just won’t last. Regardless, I have included the original review text here: while it worked this was one of the better performing TV boxes I’ve tested in terms of speed/stability. Out of the box performance is fantastic: start up is quick, the android overlay is clean and everything looks smooth in terms of load screens, transitions, etc. I installed Nova Launcher immediately, since I prefer a more ‘vanilla’ android experience. The S905 processor w/ 2 GB of ram is a combination with enough performance to emulate some Playstation games. This TV box plus a Bluetooth controller makes this system quite capable of running PSX, N64 and other games (using ClassicBoy Emulator). I ran the Antutu benchmark stress test and after 15 minutes of full-capacity stress testing the TV box got very hot. It wasn’t hot enough to burn, but it was hot enough that it was on the verge of being uncomfortable to hold. I’m going to personally pair this thing with a little USB fan, because heat kills electronics and the plastic underside of this device does not do much to dissipate heat. I notice that even while playing movies and doing things that do not require much processor power, it gets warm, so it would be a good idea to leave it where it has some air flow. I noticed that the heat does cause some throttling too, especially while playing Playstation games. For basic movie use I did not notice any dropped frames, but when emulating, occasionally games would slow for a moment or two then go back to normal.