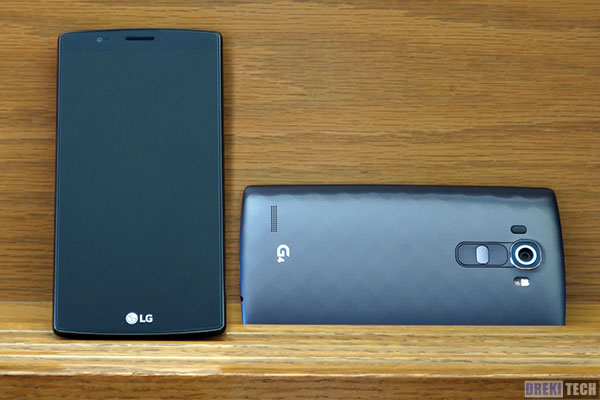 Author’s note:  On September 10th I received an O.T.A. update with this phone that solved every issue I had with the phone in terms of performance. It does not have any signs of lag, missed input or stuttering.

Summary:  If you’re looking for the camera phone to buy this year, the LG G4 is the way to go. It’s an absolutely fantastic camera phone for amateurs and professionals alike. It had features other competitors are sorely missing – a removable battery and expandable storage. In theory it is an excellent balance of usability, form and function, but there’s a few little performance issues with the phone that prevent it from being the perfect device.

First off, let’s discuss that fatal flaw: these phones were known to inexplicably die. They would enter a boot loop and never recover. Mine did not have this issue however half of friends and family whom I also recommended this phone to had the issue. The other people loved it. Is it worth the gamble? Probably not on a used device. Check out instead the LG G8, a modern smartphone with all the amenities, except unfortunately that removable battery.

The design of the LG G4 is rather plain, but that isn’t a bad thing. On first glance, the G4 is very similar looking to its predecessors, but there are some subtle differences that improve how the phone feels in the hand. It has a small curve, which feels natural when held and also sits in pockets far better than straight phones.
The build quality of this phone is good, but not excellent. The plastic back makes the phone feel average but the leather back adds a premium touch. It still doesn’t feel as nice as the textured back of the Oneplus One or the metal build of the HTC M9, but it’s entirely acceptable. If you’re going to buy a case (which I highly recommend), just go for the plastic back and save a little money.

The screen of this phone has excellent colour. It’s vivid, sharp and bright. On photos and videos the screen looks gorgeous, and text is quite sharp. The screen is overall excellent but does not live up to the hype that many reviewers have made. Strangely enough on a white screen the lines between pixels are subtly visible when holding the phone out at arms length. Also, any content that should be white has a fairly strong green tint to it, especially when viewed at from an angle. Don’t be mistaken that these nitpicking points are quite minor overall and don’t usually detract from the use of the phone, just that they’re things other reviewers often fail to mention.

Update: As of a mid September update, performance on a whole has been improved. The phone no longer has any issues with missed touches or UI stutter and runs exactly like a flagship phone should. The original review is left below for your reference but do note any negative points listed no longer apply.
The LG G4 performs fine under most circumstances. On a whole, the performance of the phone is acceptable but there are certain areas where things begin to lag and stutter. This is especially problematic when loading web pages that have many graphics. It is not unacceptably bad, but that being said, it still doesn’t run as smooth as other flagship phones.

Another more unsettling issue with the phone is that it misses touches. The phone seems to inexplicably miss letters when typing on both LG’s keyboard and alternatives. A sensitivity boosting app has helped significantly, making it seem like the issue is primarily software based, but even then if the screen isn’t touched just right typing can be a pain in the butt. And this issue isn’t limited to one single copy of the G4 as well – even playing around with other G4’s the screens just seem less sensitive than other flagships especially at the edge of the screen.

Don’t be mistaken, this phone runs most apps and game without hesitation, especially when it kicks its processor into high performance mode. The stuttering issues are possible to ignore, but is in itself the reason that the LG G4 is not a five-star phone. There are moments when it does not feel like a flagship, and this is a total disappointment as everything else about this phone is so fantastic.

The camera on this phone is remarkable. It has excellent clarity, colour and sharpness in all situations. The autofocus is lightning fast. The icing on the cake is that this phone has a manual mode where any camera feature can be set if need be. If you’re looking for a phone with an excellent camera, the LG G4 is the clear winner. The camera is so good that it makes all the other little issues with the phone void.

The G4 has decent battery life even with the high resolution screen. In an average day, with average use, expect to go through about 60% of the battery life. With heavy use including streaming a few Youtube videos, a couple of hours of browsing the web, a ton of messages sent and updating social media, the phone makes it to the end of the day, but barely. That’s fairly remarkable and the best part is, if the battery suddenly dies it can be replaced with a fully charged battery! And extra aftermarket batteries are not very expensive.

There have been absolutely no connectivity issues with this phone. Calls are clear and consistent, Wi-Fi has worked wonderfully and Bluetooth has had no issues.

Audio quality is excellent on this phone. There really isn’t much to be said. The sound seems more balanced with headphones than other phones I have used with clear treble, deep bass and no distortion. The back speaker is acceptably clear and loud for casually listening to media. Phone calls are great. The only minor caveat is that the back speaker gets quieter during phone calls and can be too quiet in certain situations.

LG’s launcher is a little clunky. It looks a lot cleaner than it LG had in the past with a more coherent and understandable visual language but the phone still stutters loading some menus. If possible, install a different launcher through the Google Play store like Nova Launcher. This makes the phone run significantly better.

Despite its issues, the LG G4 has grown on me over the two weeks I have used it. The way the phone functions is average, but  many things about it are absolutely fantastic. An excellent camera and wonderful audio quality make this one of the best phones to buy on the market. If the camera is the most important part of the phone to you, then you won’t be disappointed.

It’s unfortunate this phone had such a prominent fatal flaw that prevents me from recommending it.